Swallow Your Pride: Buy a Hybrid

Swallow Your Pride: Buy a Hybrid

Hybrid golf clubs have been around for two decades, yet some players are still hesitant to add a hybrid golf club to their bag. For those that are still unfamiliar with hybrids, let’s take a look these clubs and how carrying these can improve your game.

Introduced at the turn of the century, only seven percent of players on the PGA Tour carried a hybrid four years later. However, that grew by more than four times to 30 percent by 2007 and now nearly 2/3 of all golfers carry hybrids.

The idea behind the hybrid golf club came when beginner and high handicap players had difficulty consistently striking long irons. The low-loft and small face made launching the ball tough, particularly off bad lies.

The look of the hybrid mimics that of a small metal wood. Although the clubhead is generally smaller than a fairway wood, it maintains the same shape. Generally, hybrids are equipped with graphite shafts with various lofts. In fact, some players carry very few irons and nearly all hybrids. 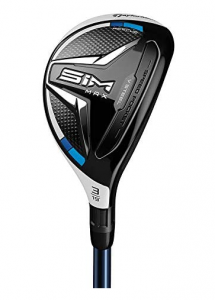 No matter what skill level, players are looking for an edge. Even the most highly talented players can find use for a hybrid. First, hybrids be great off the tee, particularly for players that struggle with their driver. If the hole requires more precision than distance, a hybrid is a perfect club for knocking the tee shot in the fairway.

Another benefit of the hybrid for the average player is on approach shots on par 5s and long par 4s. On shots that were once being hit very inconsistently with long irons, can be easily launched to carry water and bunkers.

Most likely the most important reason to carry one or multiple hybrids in your bag is the ease at which balls can be extracted from the rough. With the exception of professional golfers, shots from the rough from 150 yards on out are difficult. A hybrid will cut through the rough easily.

Leave Your Pride at Home

Unless you are a tour pro, forget about being macho and trying to gauge every ball from the rough with an iron and drill a 2-iron on a long par 5 to get home in two. It’s important to get consistency, which is what a hybrid can bring to your game.

The hybrids can be played using the same ball position as traditional irons. You can even take a more sweeping motion with the swing rather than taking a divot, which is required to successfully hit iron shots.

Don’t get stubborn and think “old school” and turn away the idea of hybrids. Once thought of as clubs only for players with slow swing speeds, seniors and beginners, more accomplished players are carrying them in their bags as well.

If they’re good enough for the top players in the world, they’re more than good enough for you. Swallow your pride, put hybrids in your bag and see your game elevate to new levels!